Aaron De Smet: We’ve argued that leaders have a responsibility to sustain a level of calm and positive resolve in times of crisis. Why is this so important, and how can they remain role models under prolonged uncertainty and distress?

Richard Boyatzis: We know that human beings are hardwired to unconsciously pick up on the emotions of others in eight to 40 thousandths of a second. When you’re in a more powerful position—such as a leader, a parent, a coach, a trainer, a professor—you tend to be more infectious. The interesting question is, “Are they likely to pick it up as much through Zoom as in face-to-face?” Probably not, but probably more than in a phone call, and certainly a lot more than in an email.

The degree to which leaders can manage their own stress and feelings, and the reason why emotional self-awareness and mindfulness are so important in times of crisis, is because leaders become emotional contagions, inflicting positive or negative feelings on others, whether it’s family members, friends, colleagues, or subordinates. And, although sometimes leaders may want to induce some stress into a situation to insert new energy and momentum, most of the time it’s better to engage people in positive pursuits to retain a higher level of creativity, productiveness, and engagement.

To sustain that level of positive outlook, there are a set of individual activities, like meditation, yoga, prayer, and exercise, that can activate the parasympathetic nervous system and help renew one’s body and mind. Other forms of social interactions can also fill us with sustainable energy, like helping others less fortunate, being in a loving relationship, spending time with pets, and engaging in playfulness and humor. Studies have shown that we can’t be positively infectious with others—and excite and engage them—unless we’re feeling inspired and sustained ourselves first. I think that’s what leaders managing high-stress positions need to do to take care of themselves and to then involve and take care of others.

Amy Edmondson: As a leader in this point in time, you don’t want to be faking your emotions. There is an enormous need for genuineness and transparency. And that means some leaders might have to actually train themselves to be caring, curious, and positive, which is hard to do when you’re in a state of threat or fear, when self-protection becomes an overwhelming instinct. There is a strong temptation to just dive right in to business without acknowledging what others might be up against. Best practice is therefore to stop, pause, breathe, and remind yourself to be genuinely interested in what’s going on for others.

As a leader, if you’re not role-modeling sustainable behaviors—taking care of yourself, getting enough sleep, taking necessary breaks—then you make it very hard for others to do the same. And that’s vitally important to the whole company. Leaders may need to resist the urge to fall into the trap of the hero mentality, sacrificing themselves for the greater good because it may do more damage than help. 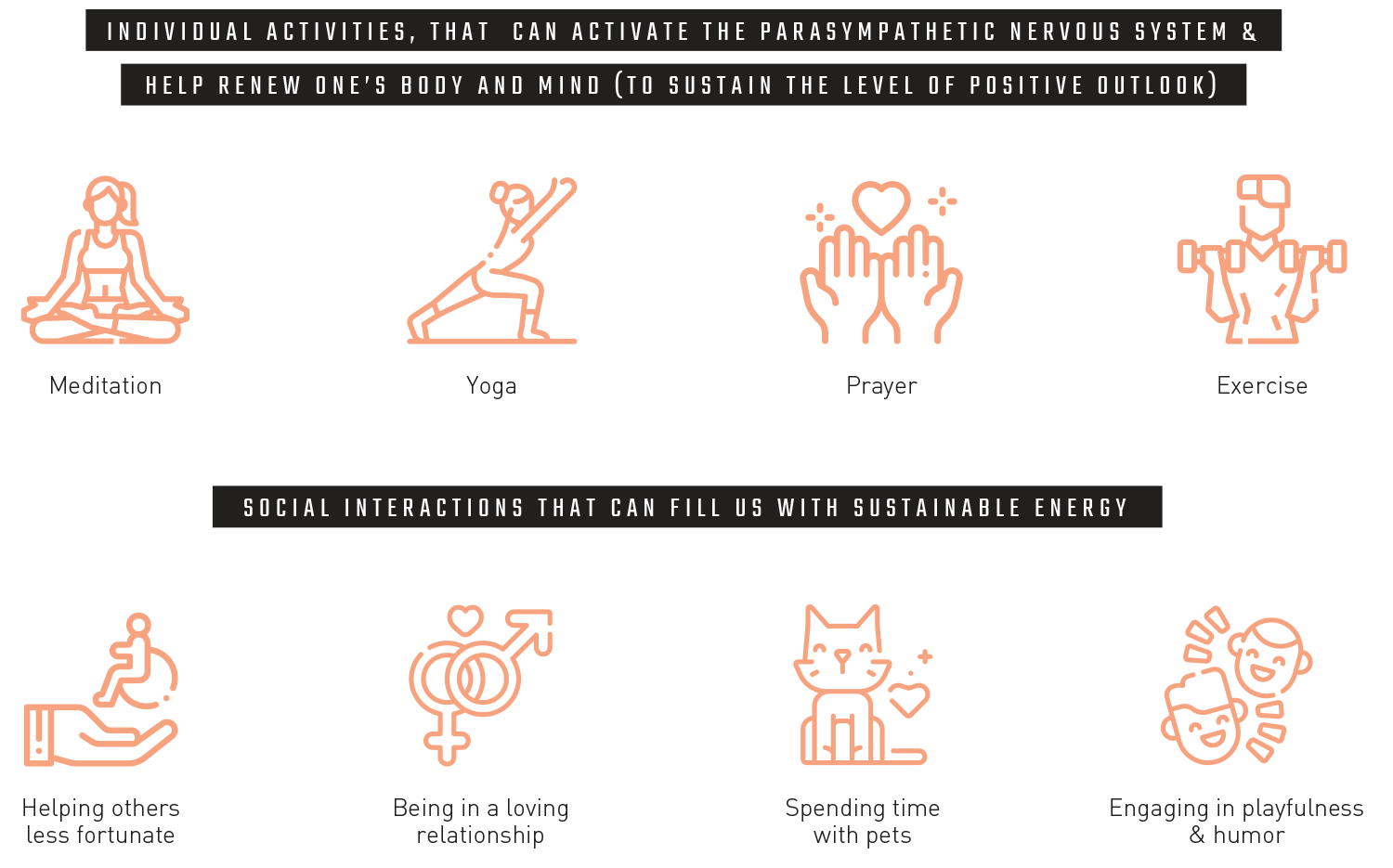 Aaron De Smet: Does this mean we are seeing the end of the hero CEO?

Bill Schaninger: We may be experiencing a 30-year hangover of the rise of the hero CEO. Many people who are leading organisations today would have started their careers around the time of rising CEOs like Jack Welch and Larry Bossidy who became the embodiment of the organisations they led. Even though we’ve seen over the last 30 years the evisceration of many functions in middle management, the leader—who is all things to everyone—has continued to rise, and I do wonder if, for some, it may be much a part of their own sense of self and identity.

And yet, we’ve seen COVID-19 accelerating the shift away from classic authoritarian leadership to new forms of distributed decision making, where decisions get pushed to the peripheries of the organisation to meet the demands of faster business cycles. The current crisis has only made this shift even more critical to business survival. CEOs still trying to hold on to top-down mandates could very quickly become the impediment rather than the solution.

Richard Boyatzis: There is a greater need to help leadership and senior management realise that they’re not supposed to do all the jobs. It’s imperative they value their talent, not only for the purposes of retainment, but to step aside and let them succeed at their jobs.

Amy Edmondson: There does seem to be a fundamental reframing of the leader’s role. If you have your finger in every pie, you’re not doing your job. With leaders currently physically unable to be everywhere, this might be a good time to review working habits, 6 attend fewer meetings, make fewer functional decisions, and allow yourself the time to focus on the bigger picture.

Aaron De Smet: One of the things leaders might be thinking about right now is, “How do we capture and bring forward the very thin, perhaps, but very real positive aspects of this shared experienced?” What advice would you give them?

Richard Boyatzis: My research has shown how a shared vision or shared sense of purpose is the strongest predictor of organizational-leadership effectiveness, engagement, organisational citizenship, and even product innovation. In addition, neuroimaging and hormonal studies have been showing that the two ways to get into that physiological and neurological state where people are more open to ideas, more connected, and more engaged are when they make sure that the sense of purpose, not the goals, is clear and when people know that you care about each other.

This is a time for leaders to try to invoke or provoke a degree of reflection, spending the time to talk about a shared sense of purpose and core values while also spending the time to emotionally check in. In fact, it will have the dual benefit of helping people move past the present suffering and begin to envision and create their new future together.

Amy Edmondson: Purpose and vision are critical today, but only to the extent that both are recognised as updatable and reflective of a continuous learning process. Given this state of uncertainty, overconfidence and overpromising are likely to be perceived as disingenuous. Instead, leaders should explicitly frame the opportunity as a creative exercise. The problem solving that lies ahead is a team sport, and so you want to start by identifying and naming what the creative opportunity might be, inviting people in to help craft this journey together. You will be course correcting along the way anyway, so you will need to rely on each other to make forward progress.

Bill Schaninger: In our research with high-performing teams, we’ve asked clients to reflect on their “peak experiences,” and many, particularly energy companies, would almost always reflect on coming back from natural disasters. Many describe a period when all hands are on deck, bureaucracy is stripped away, and the teams unite around a moral higher calling.

We would hear phrases like, “Refire the Southeast,” “Get the power plant up and running,” “Get gas in.” And, for that period, the tie that binds would be collective, shared, and unanimous. It’s an interesting dynamic that we are seeing now during the pandemic, but, as we come out of the current crisis, I wonder if it may start to fragment again, or if we can learn and retain some of these positive aspects.

Part 1. Psychological Safety, Emotional Intelligence, And Leadership In A Time Of Flux